PizzaRev In The News: QSR, Franchise Times and More 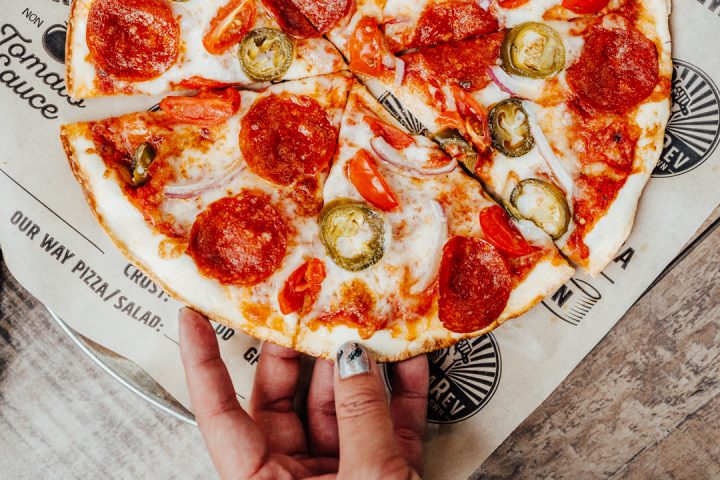 Read all about it! From exciting deals to franchise expansion, PizzaRev has been making headlines in 2019. Check out some of the exciting coverage the franchise has earned in recent months!

From late March to early April, PizzaRev locations in Fort Collins and Lafayette offered a free pizza to the first 1,000 guests who have downloaded the PizzaRev mobile app, earning coverage from North Forty News.

“Local diners love our pizza, and we’re doing this giveaway as both a ‘thank you’ for their continued loyalty and so we can introduce them to our mobile app, which brings great rewards to our fans!” said local owner Mark Venditto.

“I love the concept of custom-made pizzas, and the level of quality and customer service PizzaRev offers made my decision to invest an easy one – I was hooked from the beginning,” says Maini. “The support that PizzaRev offers its franchisees got me off to a great start, they have set me up for success to grow my three existing locations as well as expand my portfolio with the brand.”

Ray Gallo, a PizzaRev franchisee in Sacramento, recently dished on his industry background, experience with the franchise and his plans to open more PizzaRev locations down the road with seasoned franchise columnist David Farkas at Franchise Times. Click here to read the full article.

“Craft Your Half” Promotion Shakes Up the Pizza Game

PizzaRev earned coverage from industry publication Pizza Marketplace for its “Craft Your Half” promotion introduced in the new year, allowing guests to have their pie and eat it too.

“January is a time when consumers seek post-holiday value and are increasingly aware of their health and food choices. ‘Craft Your Half’ meets both of those needs, and meets them more competitively than any other fast-casual pizza brand,” said PizzaRev CMO Renae Scott.